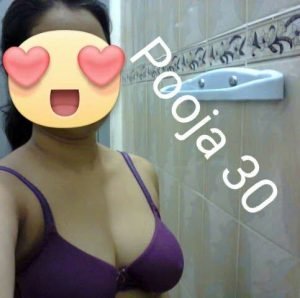 Hey, guys, this is Harick Patel from Mumbai. This story is all about how I fucked my neighboring aunt. Sorry for all the grammatical errors below. Bookmark us for more Indian Sex Stories.

I am 19 years old and this happened a few days back, my neighboring aunt’s name is Sara , she is 38 years old and have a fair structure, her boobs are small around ’32’ but her butts are very big almost around ’40’ she was 5’5 in height and her husband is quite wealthy and works for a national company so most of the time he is out of Mumbai.

Neighbor aunt fucked – Indian sex stories (mydesibaba.com)So coming to the story, I liked my aunt very much because she had a good nature and I did not have any sexual feelings towards her before. But one day it so happened that she was in her nighty and I was waiting for the lift on passage of the floor , while waiting I saw that the door of her home was open and she was doing some household work, I went to ask her regarding where her small daughter was she told that her daughter is inside the room I went and started playing with her as she is only 3 years old .

While playing with her I caught her in my arms and came in the hall there I saw such a scene which gave me erection in my pants, my aunt was cleaning the dining table and while doing so her nightgown was stuck between her butts and she was making a forward and backward movement.

I sat on her sofa with the intention of playing with her daughter later she came next to me and started cleaning flower pot when I came to know that she was wearing nothing inside her nightgown as her nipples were clearly pointed out towards my face from her nighty , I went home and masturbated quickly, since that day my sexual feelings towards her increased and I started visiting her home more and more . A day came when it was her elder daughter’s birthday (8 yo). She called me and told me to help her decorate her home, I happily went and started helping her, while blowing balloons the handle of air pump got stuck and she called me to help to make it normal so that she can continue blowing balloons, I went and I saw her big butts in kurta and leggings from behind , I was purposely pulling handle so hard that my knees could touch her butts and when it got back normal I purposely hit her left boob hardly wait for my elbow.

I behaved normally as if nothing happened and she just gave smile and said thanks and we continued with our owns work . After that day I continued to go at her place whenever I found only she and her small daughter alone, I used to play with her daughter and even watch her butts and boobs. One day it so happened that she was cleaning floor wearing a nightgown and while talking she saw me starting at her boobs but she didn’t react and started talking normally that day onward I used to watch her boobs only when she wasn’t paying attention.

But a few days later she came to my place for giving sweets which her husband has brought from religious place, while taking I was starting at her boobs and I purposely touch her boobs with finger while taking bowl of sweets and behaved normally but these time she did something that made me hard, after giving bowl of sweets she just inserted her hand in her boobs and started scribbling and removed her hands and started adjusting boobs in front of me talking normally about my studies, I was shocked and she looked at me continuously starring at her boobs and asked me ‘kya hua harick aise kya dekh haha hai ‘ and I said nothing and she just started laughing and went back.

I just masturbated thrice that day. I thought it was a green signal for me. After some days, as usual, I went to her home and was playing with her daughter in hall. It was night and her husband was about to come in sometime she brought her nighty from bathroom and started stripping in such a way keeping bathroom door open that I could see her clearly without her daughter’s attention she removed her green kurti first then she removed her black leggings and was just in black pair of bra and panties .

I just had a mini heart attack there and was staring at her like an owl, further, she turned towards me and removed her bra…Ohh fuck what a beautiful pair of medium sized boobs with small brown nipples placed in centre ..I just cummed inside my pants, further she wore nighty and while coming out of bathroom she inserted hands inside nighty and removed panties keeping it inside washing machine later she came and sat next to me giving a smile even I was giving her a naughty smile . She sat next to me and started watching tv with taking her daughter in her arms , I purposely sat folding my hands and started touching her boobs with my elbow even she came to know and was purposely pressing her boobs against me. I thought it was a green signal and I started pressing her boobs with my hands she gave me a smile and didn’t refuse me from doing anything, it was a dream come true for me, later she rubbed her palm with my thighs I got an instant erection there.

But while this process was going on the doorbell rang and her husband came with her big daughter and she gave a small kiss on my cheeks and said come tomorrow afternoon I’ll be waiting and I was in shock, later she opened the door, greyed uncle said good night to all of them and aunt gave me a naughty smile and closed the door. I was in shock that night and couldn’t sleep due to excitement… Next morning I went to college, returned back had my lunch and was waiting for her daughters to go to school, after some time my dad went for his work mom went to her office after the lunch break and even her daughter’s school van came. I found a chance and went to her home. She was in white nighty and it was clearly seen that she wasn’t wearing anything underneath, she was braless and pantyless , she served me with juice and said come in, she took me in her room and told me to sit, she asked me whether I liked her or not , I told her I liked her very much then later she started asking me about my life and since which age I started watching porn.

I answered all her questions and later she asked me whether I had seen any boobs in real or not, I said yes, in excitement she asked whose and how was it? I replied that in a wedding before few years I mistakenly entered girls changing room and saw my aunt removing her blouse, she asked me how her boobs were? I told it was just a glimpse of 23 seconds so I don’t remember much, she said ok and asked any other I said no, she told don’t lie you have seen mine ..I was shocked and I blushed and looked down she laughed and told it’s okay she told that she had observed all my movements of watching her boobs and touching her and told it’s common for boy at my age …She asked me whether I liked her boobs ..I replied yes I do like her boobs and butt very much.

She asked whether I would like to touch it naked? I replied yes and she told me not to tell anyone about this…I said ok and she removed her nighty …Omg!! What a beautiful body with those two beautiful balloons on her chest and little bit haired pussy and big football like butt… Seeing her this way I was just shocked she said to come in and started kissing on my lips ,we kissed for almost 5 mins and later she removed my track pant and underwear, seeing my cock she told ‘baapre tera lund to there uncle jitna bada hae’ and started sucking it like lollipop , I went mad and started pressing her boobs like mad this continued for 10 mins and later she told me to suck her boobs I started sucking like a small baby, I kept my finger on her pussy and came to know it was very wet.

She just moaned a bit and told rub it, baby.I rubbed it for 5 mins and later she told me to come above me, but before that, she told me to wait and brought a condom from her drawer, now she applied it to my penis and I went above her and slowly inserted my penis in her pussy and she started making forward-backward movements….Ahhh I was enjoying it , later she told me to lie down and she started jumping above me , this continued for 15 mins and she told me to suck her pussy as she was about to have an orgasm, she had a great orgasm and I drank all her salty water, even I was about to cum so I removed my condom and started to rub my penis …I later cummed on her big butts, I wanted to masturbate second time so I told her to give me a boob job so she agreed and placed my penis between her boobs.After some time I cummed a lot on her boobs and inside her mouth, she gulped all my cum..For the first time in my life I cummed so much, I thanked her and she told me to keep on satisfying her like this as her husband does it only twice or thrice a month… After that, we do it whenever we get opportunities.